We believe every great day starts with a bike ride.

If you choose to commute on two wheels, we built this for you.

It all started with a borrowed sewing machine and a little help from Craig's mother-in-law. Craig Coulombe (geophysicist) and Ken MacLean (entrepreneur) invented the first "bike suit bag" in Calgary, Canada in 1999.

The goal was to merge the functionality of a travel garment bag with a bike pannier. Eliminate the sweaty back and invent a wrinkle free bag for taking their suits to work. What they created became a classic.

Read the full story of the first bicycle suit bike. 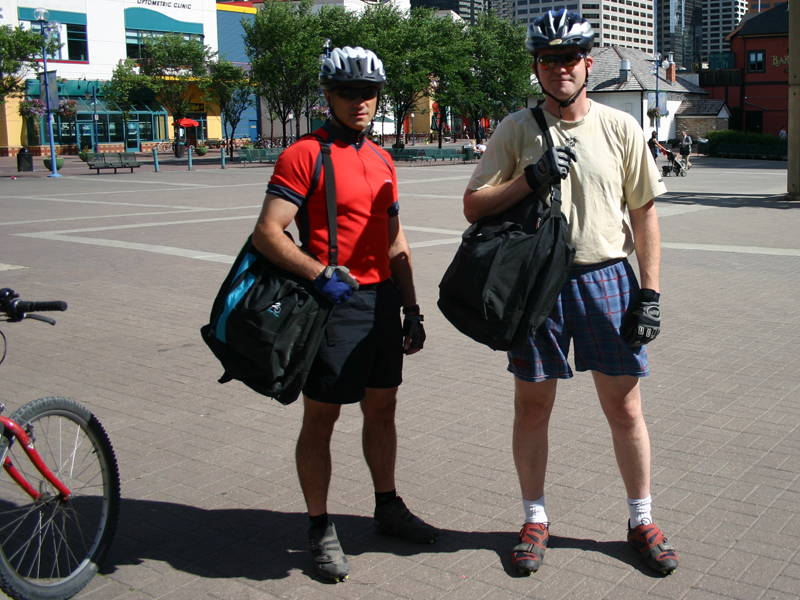 In 2010, Reid Hemsing started working with Ken and Craig to build the Two Wheel Gear brand in Calgary, AB.

He purchased the small company in 2012 and spent the next three years gathering feedback and insights from the core group of early adopters. He designed, prototyped and tested a new school of commuting bags out of the basement workshop and gained valuable early traction in the Calgary corporate locker rooms.

Since 2014, Two Wheel Gear has been based in the coastal mountains of Vancouver, BC with a global family of commuters sharing in the journey. We strive to create the highest quality gear for anyone that travels on two wheels. 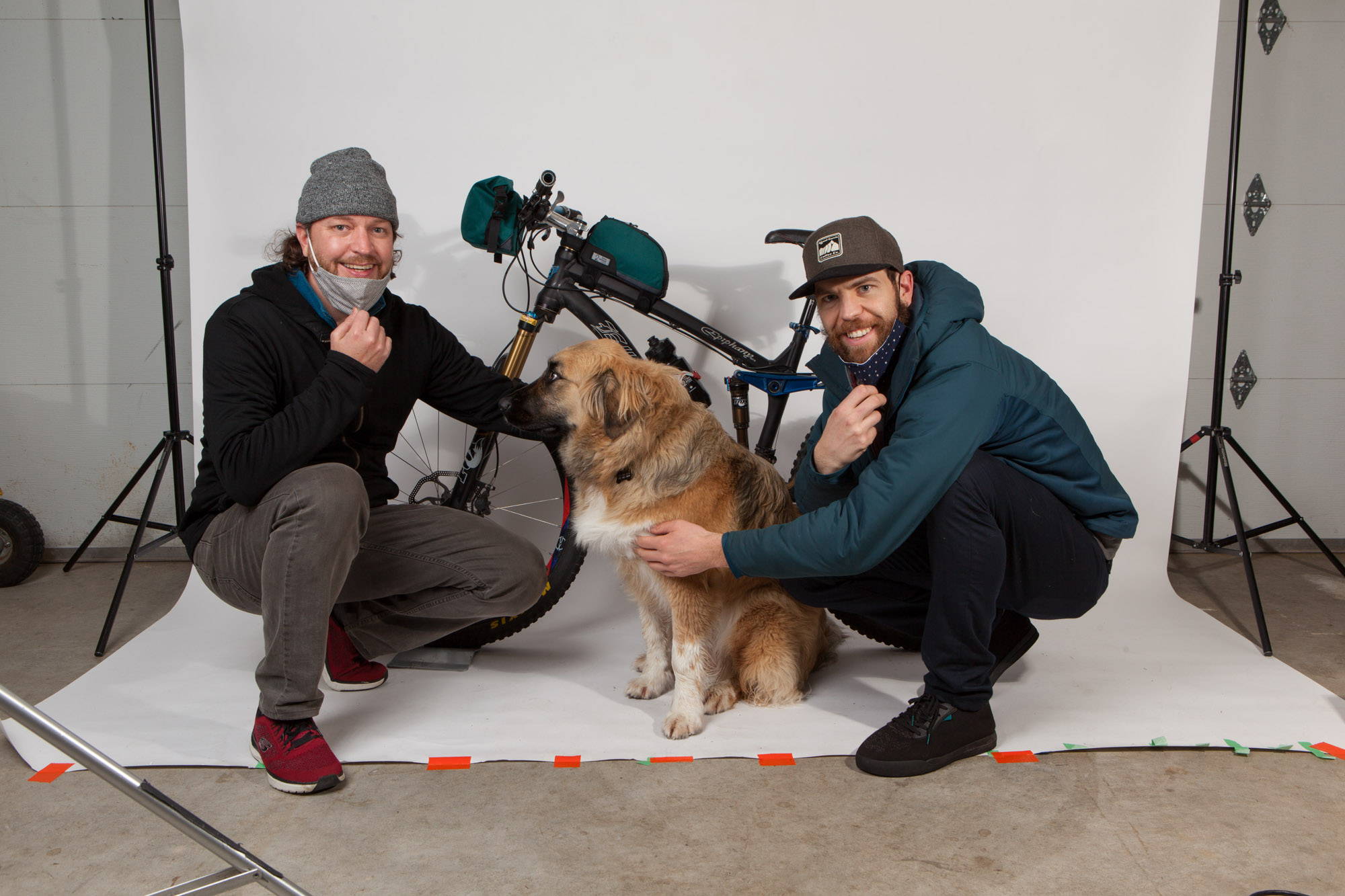 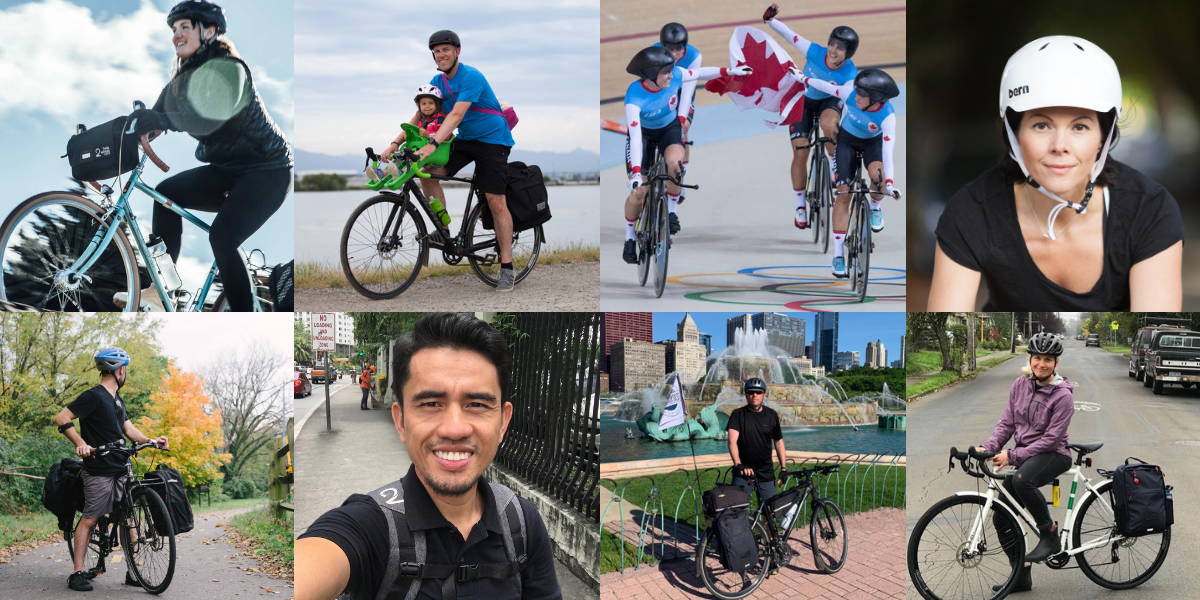 To design and manufacture the world's best hybrid gear for commuting on two wheels. We team up with organizations and stakeholders to remove the barriers for bike commuters. 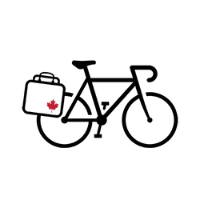 We started out in the basement workshop making bags by hand. We focus on doing one thing at a time amazingly well. Our design philosophy is simple: make the best gear possible for bike commuters. 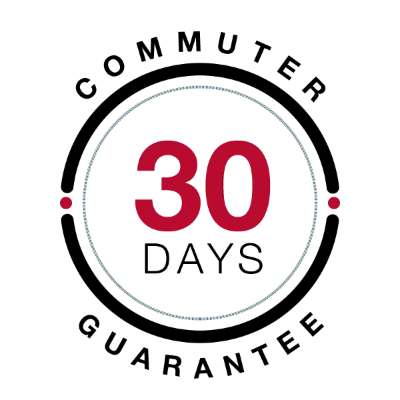 Bike commuting is an adventure. Weather, traffic and obstacles along the way. You need to trust in your gear. We use the best materials, construction and functional design thinking to overcome anything you encounter along the ride. And we want you to absolutely love your gear.

Guarantee: Use your bag for 30 days with no risk. Get it dirty. Put it through your ritual. If you don't like it for any reason, send it back (no tags required) for a full refund. 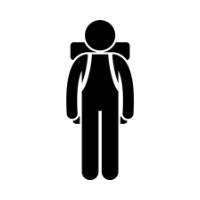 Each Two Wheel Gear piece is designed with a commuter-first approach. We believe that panniers are best for carrying gear on the bike and should be balanced with organization and intelligent off bike carry functionality.

The Two Wheel Gear head office is in the historic Gastown District of Vancouver.